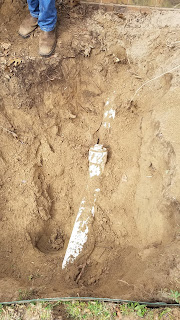 Understanding the importance of truth is something that we all should have a grasp of in our minds. Facts and truth are not always synonymous. Therefore, some explanation will have to do. Today though, I want to focus on truth personally. Have you ever told a lie? I have, and many to tell you the truth. The Psalmist said:

Indeed. All one has to do is turn the Television on, or browse the Internet for a short length of time, and one will find many lies. The tongue can be a fire (James 3), and also a sewer pipe. Therefore, we should be careful how we employ it and the pen (or keyboard).

I want to borrow some excerpt from a book titled "Ethics: An Early American Handbook/ Barton, David. WallBuilders Press. Kindle Edition." I will visit the many chapters, and I want to encourage you to purchase this volume, and use it as a help in teaching your children, and whomever might need such instruction. I have found it very helpful. Here is the first installment:

Truth is sincerity; and in all we say and do, we must be sincere. We must not make false impressions, directly or indirectly. There are many ways by which we may mislead and deceive others by what we say; and these ways differ very much from each other in criminality. Some of the principal of them are these:– 1. Saying a thing when we know it is not true. 2. Saying a thing when we do not know whether it is true or not. 3. Prevaricating. 4. Misrepresenting. 5. Exaggerating. All these are different forms of untruth; let us consider them in order:–

1. Saying a thing when we know it is not true. This is absolute falsehood; and whoever is habitually guilty of it after he is old enough to understand the nature of the sin, is depraved. Young people are perhaps most frequently led into this sin at first by having committed some other fault, and then telling a lie to conceal it. Sometimes there are circumstances which seem to draw one into the falsehood without any previous intention to say what is not true.

2. The second form of untruthfulness mentioned is:–making a statement when we do not know whether it is true or not.

3. Prevaricating. This means saying something which is not in itself strictly and absolutely false, but which is intended to convey a false meaning;

4. Misrepresentation. We misrepresent when we tell a part of the truth and conceal the rest; or when we distort or color it, in the interest of our own feelings.

5. Exaggeration. This is lying by representing anything greater than it really is;

Now I have just shared with you the direct explanations, and not the examples given, or the questions at the end of the chapter. I highly recommend using this as a help and be sure to think on these things. "Ethics: An Early American Handbook" would be an excellent edition to your library. I can see quickly where I tend to fall short and need some help. Many times we sin in these ways and don't really even realize how bad off we are in our explanations. Two areas I can see these ideas of untruthfulness being exercised is in the various sales tactics employed in our market, and the political rhetoric that encompasses the multiple media outlets including sessions of Congress. It is important that we do not commit the great sin of telling something is true when we know in fact it isn't. We also need to avoid spouting off ideas that we are not certain of in our minds. Now, we can definitely say that we have an opinion, and that I believe is okay, but much of this depends on the content. This is especially true when we are saying things about other people. We do not want to bear false witness (Exodus 20:16). Prevarications are plenty in the land, and my hope is to exterminate them in my own speech. I have seen a good deal of Prevarication in Theological debates and on issues of Historical content. It is extremely foolish to misrepresent Historical facts or Theological ideas. This leads us into Misrepresentation. Before you criticize anyone or anything, it is very important to understand what it is that you are criticizing. I can't tell you how many times I have thrown out criticisms of ideas when in all truth I wasn't representing the party I was criticizing very well. My misrepresentation caused a great deal of confusion and resentment in the end. It is better to say that you just aren't informed enough to offer an opinion. That is the most honest route. Marriages are chocked full of misrepresentation I am sad to say. The imaginations of one party or the other tend to rule without substantial evidence. I always say that it is better to err on the side of caution, and don't presume anything unless you have sufficient evidence. Lastly, Exaggeration is rampant. Oh how the masses have been manipulated with exaggeration! The news media is really good at this, and I am talking about all parties involved. I can think of news reports from CNN and Fox that are woefully skewed because of their intense exaggeration. Politicians are also really bad about this. How many times over the years have you been told the world is about to end if we don't support some sort of government action or bill? I have run out of fingers. Sales is also bad about this. They tell you things like: "Your life just won't be good if you don't purchase our product!" Perhaps, but I doubt it.

I am bringing all of this out to encourage you to squelch the temptation to commit these sins, and to beware of those who commit them. One of my pastors told me not too long ago that one of the biggest challenges they face is dealing with the false ideas promoted on platforms like YouTube, Facebook, and others like them. Bad theology is being promoted everyday, and us Christians need to be careful what we swallow. Some ideas aren't dangerous, but some can be troubling or even damaging to the local church if the get a grip on the masses. Make sure that you aren't the one causing upheaval when you don't have all of the facts, and put a spin on what facts you have in an untruthful manner. Happy Easter by the way! 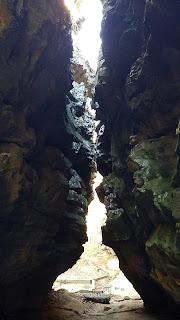 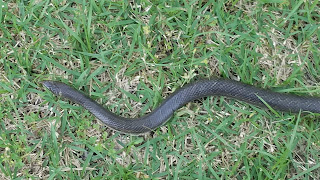 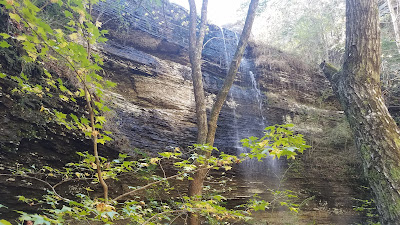